LIST OF Most Important Works for UGC NET ENGLISH LITERATURE

It’s going to be a long, hot summer. Why unwind with the latest mystery or light comic novel when you can grapple with some of the most demanding works ever written in English? Think of it as Pilates--or rock climbing--for your brain. Modernism, spanning the first half of the twentieth century, was the era of James Joyce, Virginia Woolf, Gertrude Stein, William Faulkner, and other heavyweights who made it their business to revolutionize literature. It was a tumultuous time of technological advances, the rise of mass culture, the women’s movement, Freudian psychology, and, above all, two devastating world wars. Modernists felt that they were living through a period of momentous change that called for equally radical changes in literature. “Make it new,” Ezra Pound instructed his colleagues, by which he meant, change the rules for writing and for reading. Out went clear, coherent, linear plots, omniscient narrators, and straightforward language. In came fragmentation, multiple points of view, stream of consciousness, dense allusions, and ambiguity. Modernism requires an active reader: you need to work to make sense of it. But there’s pleasure—and yes, fun!—to be had in seeing literature do something it never had before.

A few tips on approaching these books. 1. Take your time: you’re not just reading for plot here; you’re reading for the play of the words on the page, the structure, the overall effect. 2. Be curious: if something is daunting or disorienting, ask yourself what makes it so. 3. Play the game: each book has different principles. The more you figure them out, the more you’ll enjoy reading. 4. Don’t get bogged down: when you come across something like the notoriously difficult “Oxen of the Sun”

1. Joseph Conrad, Heart of Darkness (1899/1902) - An early example of linguistic ambiguity and indeterminacy, Conrad’s tale of the corrupt imperialism that upholds “civilized” culture is constructed through a nested, layered narrative and features some of the most cryptic language ever written (e.g., "It was the stillness of an implacable force brooding over an inscrutable intention"). Things become increasingly surreal as Marlow approaches the mysterious Kurtz. If you think Marlon Brando’s “The horror! The horror!” is chilling, wait until you reach the one-two punch of Conrad’s conclusion. 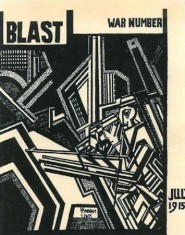 2. Blast: Review of the Great English Vortex (1914 and 1915) - Vorticism was Britain’s answer to avant-garde movements like surrealism, dada, and futurism. Its journal, Blast, only appeared twice before the Great War put an end to it. Full of bluster and bravado, Blast includes poetry by T. S. Eliot, Pound, and the lesser known Wyndham Lewis, along with manifestos and cubist-futurist art by the likes of Henri Gaudier-Brzeska. The macho tone is tempered a bit by a short story by the feminist journalist Rebecca West. 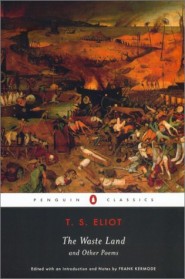 3. T. S. Eliot, The Waste Land (1922) - The primer of poetic modernism and the quintessential statement of post-war despondency. Eliot barrages his reader with seemingly disconnected images and snippets ranging from Ovid, Shakespeare, and Sanskrit chants to jazz tunes and a bored couple’s post-coital thoughts. When read carefully, repeating themes and evocative, lyrical passages cohere around a desire: “These fragments I have shored against my ruins.” Even at this moment of sweeping disillusionment, language offers a glimmer of hope. 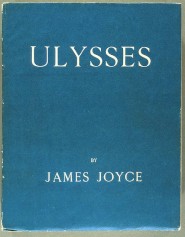 4. James Joyce, Ulysses (1922) - At its heart, Ulysses is a simple story about an estranged couple and a disheartened young man in Dublin on June 16, 1904 (“Bloomsday”). True, the narrative constantly migrates from the present to the past, and from one character’s mind to another’s, and its network of literary, philosophical, and historical references proclaims that this novel is smarter than you are. But Ulysses is also hilarious, playful, bawdy, and at times downright moving. By the time you finish, you will know the main characters better than your closest friends, thanks to Joyce’s stunning stream of consciousness. And you’ll know every narrative trick there is, as Joyce anticipates the literary pyrotechnics of Nabokov, Pynchon, David Foster Wallace, and everyone else who followed him. 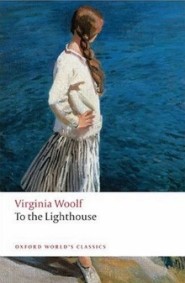 5. Virginia Woolf, To The Lighthouse (1927) - A novel about time, perception, aesthetics, gender roles, and death, but grounded in compelling, idiosyncratic characters like the patriarchal yet helpless Mr. Ramsay and his quietly powerful wife. Lyrical, puzzling, and shocking by turns (note how Woolf puts the violence of war and major deaths in brackets), few novels rival this one for formal invention and sheer beauty. 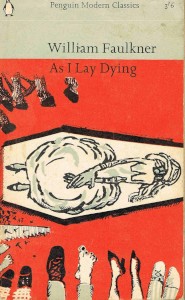 6. William Faulkner, As I Lay Dying (1930) - Southern Gothic at its most terrible and comic. Fifteen different characters think about a matriarch on her deathbed. Faulkner doesn’t throw any Thomas Aquinas or Sanskrit at you, à la Joyce or Eliot, but the shifting points of view can be just as disorienting. Focus on each character’s eccentricities and how the various voices are arranged. “My mother is a fish”: Discuss. 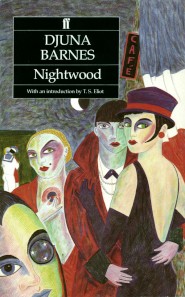 7. Djuna Barnes, Nightwood (1936) - A cross-dressing doctor, a tattooed circus performer, and a pair of tortured lesbian lovers playing cat and mouse through the Parisian night: Barnes’s novel is truly rich and strange. In prose that reads like poetry, Nightwood is a hypnotic panorama of misfits, doomed desire, and convoluted identity. And what exactly is happening in that last scene with the woman and the dog…? 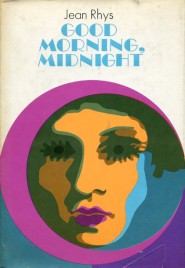 8. Jean Rhys, Good Morning, Midnight (1939) - Rhys, who was born in Dominica, specializes in writing about women down and out in Paris and London, drifting from one drink to the next. Her stream of consciousness, punctuated by ellipses and slipping from one time frame from to another, is animated by black humor and lively observations about popular music, fashion, cinema, and what it means to be an outsider. Rhys is modernism’s Amy Winehouse, and I mean that as a compliment. 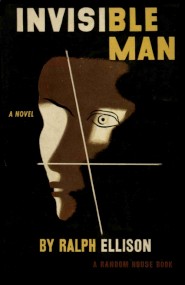 9. Ralph Ellison, Invisible Man (1952) - A late reflection on modernism, Invisible Man channels Kafka and Dostoyevsky in its fierce commentary on race and politics in America. Alternately surreal, symbolic, and naturalistic, the novel has the quality of a waking nightmare. The ugliness of the “Battle Royal” episode equals anything in Dante’s Inferno. 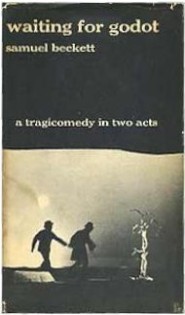 That exchange pretty much sums up Beckett’s “tragicomedy.” Estragon and Vladimir wait for someone named Godot. They talk, exchange hats, and meet some other peculiar characters. Funny, tedious, repetitive (as one critic brilliantly put it, “Nothing happens. Twice”), and tantalizingly ambiguous, this absurdist play embodies the ethos of modernism. Although the world seems to be, as Eliot put it, an “immense panorama of futility and anarchy,” there’s an enduring faith in the power of the word. Modernism remains as relevant as ever.